Aside from being one of the humblest and most charismatic men alive, Dwayne "The Rock" Johnson is also a beast in the gym. Having been in the public spotlight for nearly three decades, the Rock has always had an admirable physique. But despite looking great in the 1990s and early 2000s, Dwayne Johnson is looking ridiculous today. So, many people have been asking themselves;

How does this hulk of a man train to have such an amazing physique?

Luckily for you, we will break it down today. Let's dive in.

The Gym: His Anchor

Though it may sound cheesy to some, Dwayne "The Rock" Johnson does not see the gym as simply a place to visit for a workout. Instead, the gym is his sanctuary, his anchor. The place that keeps him in line always helps him to remember where he comes from. The gym has been his home when he did not have one, and it continues to be today when he can afford any mansion in the world. Dwayne is the humble, successful, and charismatic man we see today thanks to hard work, determination, and the countless lessons learned in gyms across the US.

How the Rock's training Journey began

The Rock first visited a gym when he accompanied his dad – the legendary wrestler Rocky Johnson. He was no older than six, and some of his earliest memories relate to the gyms his father used to train at.

Dwayne officially began training with weights at the age of thirteen, but his parents allowed him to participate in sports years before that. He initially participated in soccer, baseball, gymnastics, and other similar activities. However, once he became a teenager, Dwayne's dad allowed him to start weight training.

By the age of sixteen, Dwayne was well over 6 feet tall and 220 pounds. So it is safe to say that he has fantastic genetics. But despite that, Johnson worked hard in the weight room and got heavily interested in American football. Sadly, his dream of playing professional football was cut short when the Calgary Stampede team dropped Dwayne just two months into his first season. Fun fact, Dwayne plays a retired NFL player in the comedy-drama TV Series Ballers.

How (and where) the Rock trains

Dwayne had to switch gears after realizing he would not make it into professional football, leading to his debut in Wrestling in 1996. And well, the rest is history. Today, the Rock is one of the most accomplished actors and entertainers in the world. He's amassed an impressive fortune, and his name opens the doors for him everywhere he goes.

Interestingly, despite his colossal success, Dwayne refuses to step off the gas pedal, and hard work continues to be his anchor. So these days, the Rock gets to enjoy perks he has worked hard for. Specifically, the Rock has a mobile gym, which consists of 40,000 pounds of workout equipment. 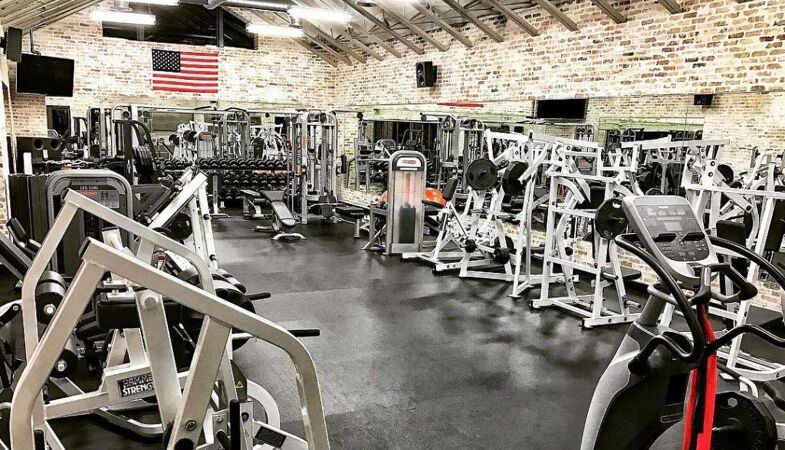 Since the Rock travels frequently, crews of many people move his gym and set it up for him. Then, the Rock gets up at 4 or 5 AM and goes to his 'iron paradise.' His training consists of six incredibly demanding workouts per week. Each workout features several exercises and between 30 and 40 working sets. The Rock also takes good care of his aerobic conditioning by running for 30 to 60 minutes per day.

Thanks to his incredible work ethic and motivational persona, Dwayne Johnson has positively impacted millions of fans worldwide and Hollywood colleagues such as Kevin Hart and Zac Efron. While The Rock has access to his "iron paradise" even when traveling, we believe our highest GymFactor Score would also be perfect for some like The Rock. Just put the slider to the very right, and you will get the perfect gym in the location you are looking for.

Go back
Search by Categories

Hotel of The Week